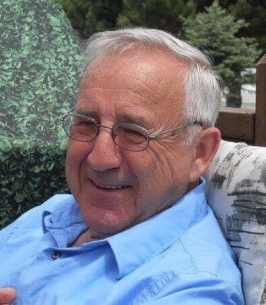 It is with very heavy hearts that the family of Delbert St. Clair Mason, loving husband of Anne (Bernier) Mason, announce his passing at home surrounded by his family in Saint John, NB.

Delly, as known by his family and friends, was born on January 20, 1941 in Saint John, NB. He was the son of the late Harry and Dorothy (Crosby, Ellis) Mason.

In Delly's younger years, he served with the Black Watch (The Royal Highland Regiment of Canada). Later, he was employed as a steel worker and crane operator at Ocean Steel Ltd for many years until his retirement in 1994. Delly was also a member of The Loyalist City Amateur Radio Club and enjoyed Wednesday night coffee with his good friends Steve Foster and Joe Woods. He was a very social, funny and selfless man. You could always count on a few jokes and stories over a couple of Budweiser beer. Delly will be missed by all that had the honor to know him.

As per Delbert's request, there will be no public service at this time. In memory of Delbert, donations can be made to The John T. McMillan Jr. Memorial Foundation or the charity of the the donor's choice.