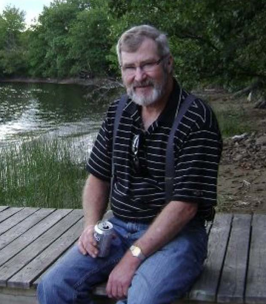 The passing of Donald Gordon Flanagan of Chipman, NB, husband of Kim (Fulton) Flanagan, occurred on Tuesday, June 14, 2022, at the Chalmers Hospital, Fredericton, NB. Born in Targettville, NB on August 2, 1942, he was a son of the Late Edward and Kathleen (Donaher) Flanagan.

In his early years Don worked out west in construction and the potash mines. After a few years he returned to NB to take up a 43 year career as a logging contractor. Although Don lived in Chipman, he always cherished & never lost touch with Kent County as it is where he grew up. After retirement, his love of the woods remained and he especially enjoyed bird hunting and driving the logging roads with his son and grandsons. Don also liked to tinker with projects in his garage, work in the yard and garden, and most of all he loved spoiling his grandchildren and chatting with his neighbors on his daily walks with his little dog and constant companion Georgie.

In keeping with Don's wishes there will be no visitation or service. For those that wish donations in Don's memory may be made to the SPCA.