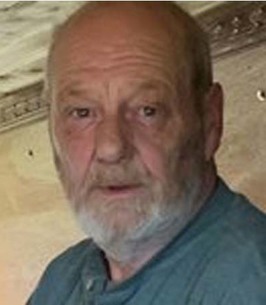 John traveled and lived in quite a few places in Canada as his father was working for Transport Canada as an airworthy inspector. Montreal, Frobisher Bay, NWT, BC, AB, Yellowknife, Timmins and New Liskeard to name a few.

In 1983 he met Nancy halfway between Yellowknife and Inuvik working on the Norman Wells Pipeline. Over the years John worked for Nordair and Northwest Territorial Airways.. after leaving the airline John decided to go mining at the Giant Yellowknife Mines.. where Johanna was born. When she was a baby the family moved to Timmins, Ontario to where his parents had moved to a few years before. Here is where Andrew and Amy were born. Not too long in Timmins John started at the mine site of Kidd Creek Mines until after working out in -40c + contracted Raynaud’s disease which eventually put him off work. John and Nancy decided to move to New Brunswick to where Nancy’s family was from.

John loved visits with family, friends - playing his vintage fender guitar, and flying on his flight similar game, traveling all over the world. In the last year John and Nancy started traveling in their van called Marylou and saw more of New Brunswick and Nova Scotia.

John is survived by wife Nancy (Cunningham) Adams Newline and three children - Johanna and husband Richard Hannaford of Red Deer, Alberta their children Abbigail, Annabelle, Alivia, William and Wesley; Andrew Adams at home and his children Lily and Jason Adams of Memramcook his girlfriend Jody Brown and her children, Sophie and William, Amy Adams and finance Bradley Stiles of Sussex and their children Jacob and Brooklyn. Many cousins, nieces, and nephews, and one or two ½ brothers in England he always wished he could have met (sons from his dads first marriage). But who knew about them would not share this treasured information.

John was 3 third of 6 boys in his family, David and (Sandra), Samuel, and Craig and (Kelly)of Ontario, Charles on Northwest Territories, sister-in-law Doris Adams of North Bay, ON. John was predeceased his parents David 2000 and Rita 2016 and by his oldest brother Michael in 2010.

He will be greatly missed by family and friends across Canada and the US. Special thank you to all the Dr’s and nurses who helped take care of John.

By John’s request there will be no service. Any donations can be made to the Sussex Corner or Kirk Hill cemeteries.