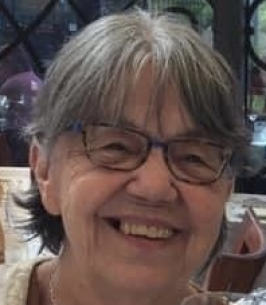 Josianne Mathilde Rodier of Quispamsis, NB passed away peacefully at her home on March 9, 2022 at 81 years of age. Josianne was born in Aigle, Switzerland on February 27, 1941 daughter of the late George and Bèrte (Weber) Paris.

Josianne is survived by her loving and devoted husband George, their son Pascal Rodier and his wife Dustine (Fisher), grandson, Brandon, and granddaughters Kela and Makena.

Josianne and George were married in Chicago, Illinois on June 16, 1964. Wonderful wife and mother, Josianne served as a Salvation Army officer, hospital chaplain and family counsellor. Josianne also wrote and directed musicals, and since retirement and then moving to New Brunswick, she has been an active member of the Carnegie Rug Hookers in Saint John.

A private celebration of Josianne’s life will be held at a later date. Donations in memory of Josianne made to the charity of choice or the St John Ambulance Canada ( sja.ca ) would be appreciated by the family.

George and the family do want to express their gratitude for those at Ambulance New Brunswick, Saint John Regional Hospital and the Extra Mural Program who all did so much to help during the last two months of Josianne’s life.