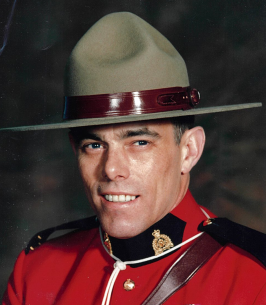 It is with heavy hearts we announce the passing of Const. Roger Martin Lees on Monday, August 30, 2021 at the Dr. Everett Chalmers Hospital. Roger was born in Port Hope, Ontario on August 21, 1953 son of the late Vern and Grace (Martin) Lees.

Roger joined the military in 1975, serving 10 years before retirement in 1985. Roger joined the Highway Patrol following his retirement from the military then proceeded to serve as an RCMP officer in Fredericton (Badge #40741), then to Salisbury where he served for 10 years before moving to Chipman. He soon became a respected citizen of the community and was well known for treating everyone with respect. He was able to deal with people during their darkest hours and come out being their friend and everyone spoke highly of him. He often had people that he had charged land in his yard looking for advice. He never turned anyone away and would help in anyway he could.

Arrangements are in the compassionate care of Chipman Funeral Home Ltd & Crematorium (339-6612) memories and condolences may be shared through www.chipmanfuneralhome.ca